‘CBD’ is short for cannabidiol and ‘Convention on Biological Diversity’. 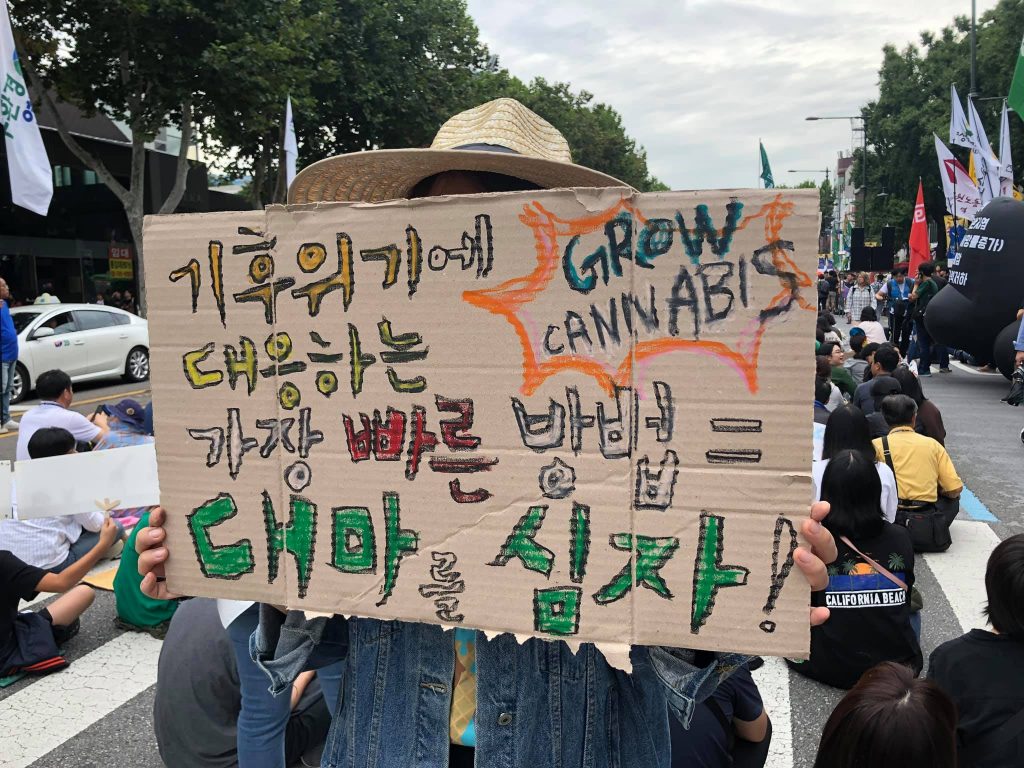 CBD’ is short for cannabidiol and ‘Convention on Biological Diversity’.

‘A photo showing KMCO member in Climate Strike on September 21, 2019 saying, “The fastest way to respond to the climate crisis = plant cannabis”’

Hope you are doing Well.

‘CBD’ is short for cannabidiol and ‘Convention on Biological Diversity’.

KMCO has been discussing the sustainability of patients and their families through social enterprises, as well as health issues.

Ellen Brown’s article ‘The Cheapest Way to Save the Planet Grows Like a Weed’ gives us great insight.

‘Hemp products can promote biodiversity and reverse environmental pollution by replacing petrochemical-based plastics, which are now being dumped into the ocean at the rate of one garbage truck per minute. One million seabirds die each year from ingesting plastic, and up to 90 percent have plastic in their guts. Microplastic (resulting from the breakdown of larger pieces by sunlight and waves) and microbeads (used in body washes and facial cleansers) have been called the ocean’s smog. They absorb toxins in the water, enter the food chain, and ultimately wind up in humans. To avoid all that, we can use plastic made from hemp, which is biodegradable and non-toxic.

Other environmental toxins come from the textile industry, which is second only to agriculture in the amount of pollution it creates and the voluminous amounts of water it uses. Hemp can be grown with minimal water, and hemp fabrics can be made without the use of toxic chemicals.

Environmental pollution from the burning of fossil fuels can also be reversed with hemp, which is more efficient and environmentally friendly even than wheat and corn as a clean-burning biofuel.

Hemp cultivation also encourages biodiversity in the soil, by regenerating farmland that has long been depleted from the use of toxic chemicals. It is a “weed” and grows like one, ubiquitously, beating out other plants without pesticides or herbicides; and its long tap root holds the soil, channeling moisture deeper into it. Unlike most forestry projects, hemp can be grown on existing agricultural land and included as part of a farm’s crop rotation, with positive effects on the yields and the profits from subsequent crops’

The full text can be read here.

Articles posted in Korean on the KMCO homepage

KMCO has also participated in campaigns such as ‘Climate Strike’ since its establishment.

We want to give a big impact not only to Korea but also to Asia.